Colour in a black & white world 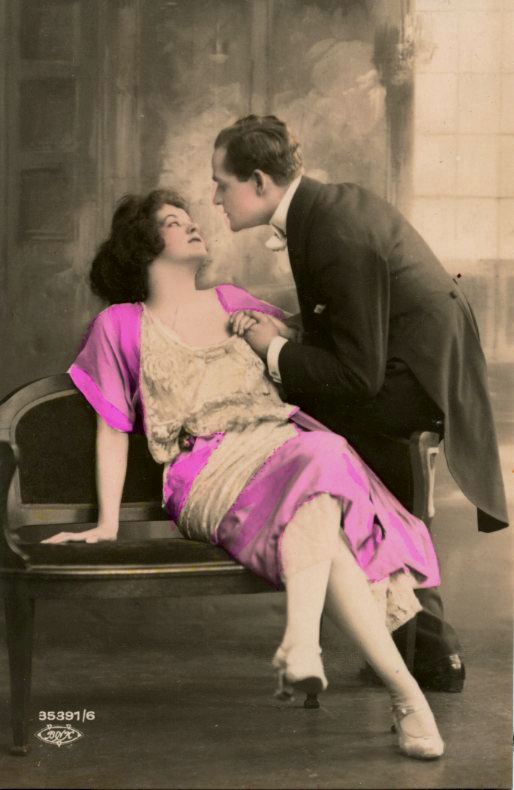 I’ve been collecting Victorian and Edwardian photographs for quite a few years now, but I’ve always shunned the popular colourised images from this era as just a little bit tacky. I had a handful in my collection as curiosities only. Recently, though, I’ve been trying to perfect the art of hand-spotting photographic prints using correcting inks and while playing with the green-shaded olive-tones put some washes on a few of my own reject photos. Then, by chance, a few weeks back I came across a small collection of hand-coloured Edwardian studio images in an East London flea market; my interest was piqued, I bought some and have gained a new appreciation for these colour images.

In a world where the eye sees colour but the only way to capture images was in monochrome, the attraction of hand-colouring photographs is obvious. The trend seems to have peaked in the Edwardian era, around the time of the First World War, but was certainly still prevalent during the 1920s.

Technically the process–at least for adding basic highlights to the edge of clothing–is not difficult. A fine sable brush and a diluting pallete plus some tinting inks or water colours are all that is required. And as someone with very limited artistic skill, it’s heartening to note that a steady hand is not a necessity. The Edwardian examples shown below demonstrate that it is not really important to stick within lines. The colour washes overlap the edges of the photographic image in all but the finest fully colourized examples. Remember, the artists originally creating these probably had to churn through hundreds in a single day. Further, the subtleties of shading are taking care of by the photograph. As long as a thin, dilute wash is used, the underlying image shows through and provides the shadow detail.

The examples below illustrate the range of colouring that was undertaken: from the fully colourised image of the little girl with her rag doll, to the similar image with just the flower and a little cheek detail coloured. The effect can be subtle and artistic as in the image of the woman admiring her own reflection, or garish and over the top, as in the image of the girl in her swim suit with the flower-print umbrella.

Interest in this style of image also seems to be undergoing something of a renaissance. I’ve noticed a number of artists on Flickr producing hand-coloured photographs using these traditional techniques…as well as a few ‘cheating’ with Photoshop…

The best I’ve come across using genuine hand tinting is UK analogue photographer Ellen Rogers. She elevates hand colouring to fine art. Her images are an inspiration for us all. 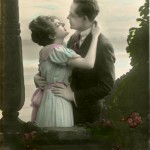 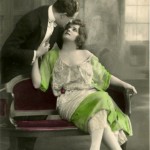 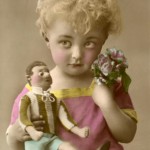 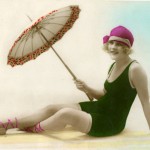 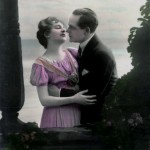 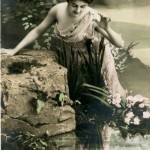 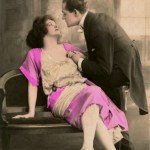 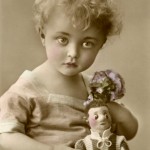