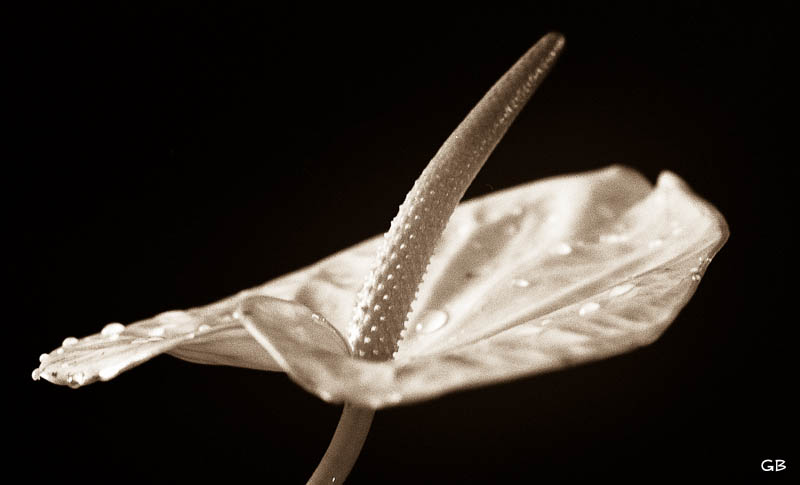 I’ve seen a lot of pictures shot with the Speed Graphic/Aero Ektar aerial reconnaissance lens combination that I really like so I’ve had it in the back of my mind that one day I would get one. Two things put me off: firstly the fact that the Aero Ektars are radioactive (some reports suggest dangerously so) and secondly that the price of the lens is now, frankly, ridiculous, frequently topping £700 on e-bay.

Just before Christmas I was browsing antique stalls in my local market when I spotted what was clearly not an Aero Ektar, but was some sort of World War II aerial reconnaissance lens. The seller said it was a Dallmeyer Pentac or, more likely a ‘shadow’ lens made by a different maker during the second World War to the same design. Basically this is the British equivalent of the American Kodak Aero Ektar. It was marked with the British Air Ministry stamp on the barrel. I went away and did some research and found a few examples of these lens fitted to Speed Graphics. That evening I went back, the lens was still there and I bought it.

I’ve read as much as I can on various chat rooms and opinions seem to repeat frequently that the lens are of variable quality, often soft and generally not a patch on an Aero Ektar. But there are very few actual images online showing how the lens performs to validate these claims.

Step one was to clean the lens, which was very dusty and dirty. Fortunately it comes apart easily as all the lens elements are threaded and only a single screw needs to be removed to dismantle all the parts for cleaning.

Initially I made a lens board out of half millimetre sheet steel and screwed in the huge mounting flange that came with the lens, but then I decided that, given the weight of the lens, I didn’t want to risk damaging the aluminium mounting lips on the Speed Graphic so I ordered a JoLo Aero Ektar mounting board from the Netherlands (which cost me more than the lens!). The Pentac has a slightly smaller thread but fits fine with a bit of plumber’s tape.

The next step, given all aerial lens are prone to flare, was to find a lens hood. The hood from my Mamiya RZ67 almost fits but the thread is a fraction off. I spotted a solution in the window of a plumbing supply store on my way home. It’s a rubber pipe fitting designed to fit a clay sewage pipe to a smaller metal pipe, made by Uniseal. It slides over the lens perfectly and does the job fine.

Now to the test. I wanted to shoot the same image at all f-stops. The Pentac is an f2.9, 210mm (8 inch) focal length lens with apertures: 2.9, 4.0, 5.6, 8 and 11. At 2.9 the depth of field is only a couple of millimetres. Of course, the reason for using these aero lens is generally for precisely that reason: wide open the background melts away so they are great for portraits and subject isolation.

In the test I shot a flower, working through the f-stops to see how sharp the lens could be at close quarters (which is how I will use it when I shoot with models).   Obviously at this lens-to-subject distance, depth of field will be limited anyway, but there is a clear difference between the images, ranging from about 2mm depth of field in the f2.9 shots to a couple of inches at f11. The images below show each of the f-stops plus a minimum and maximum aperture crop and a few pics of the lens itself. At 210mm, the focal length is really useful and better for me than the standard 127mm Ektar on my Graphic which I find too wide for close quarter work.

I’m really impressed with the overall performance. It’s sharp across the range, making it a really useable everyday lens with the added benefit of crazy shallow depth of field when I want it. One problem I did encounter is that, as the lens has no shutter it requires use of the rear focal plane curtain on the Speed Graphic which has a delay built in for flash bulb use. That means it triggers a modern flash before the shutter opens. In these shots only at f2.9 was there enough light to shoot on the shutter (which has a minimum 1/30 second). The others I used the T setting opening and closing manually as close as I could judge to the correct time. I’m working on a solution to use modern flash right now which I will hopefully feature here when I’ve worked it out. 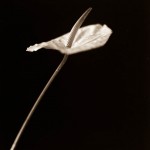 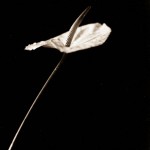 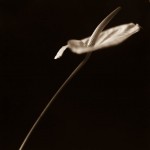 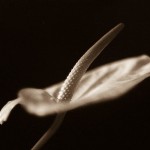 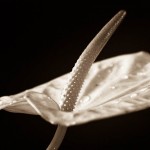 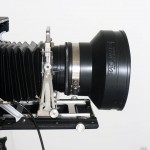 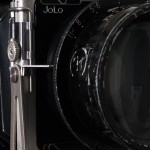 Hi!
The image quality doe not look bad. Probably good for close portrets.
But it would look better with t-max 100 or delta 100.
Tri x is to grainey for smooth bokeh.
I have a 8″ f2.9 pentac and a Wray London “lustrar”
184mm f 4,5 that I never used.
I will give it a try if I have the time.
But I have no shutter on my Linhof technika.
I have an 178mm Aero ektar and a Voigtlander 360 Heliar that I fittted both with a reduction ring to 82mm. So I can screw on a 82mm 16x ND filter so I can shoot at large openings in daylight.
I have a large 13cm packard shutter mounted in front of my 8×10 Calumet C1. It has T and 1/30 sec.
And another packard of about 10cm with only T.
I still have some 13×18 Ilford Ortho, HP5 and Agfa APX 100.
I will probably try plants. No people now with the lock down.
I have also 480 Heliar and Wollensak 14.5 inch Verito diffused focus.
I want to try them on 8×10″.
But where do I find 13cm diameter 16x ND filters?
Saludos, Erik.