I bought a time machine 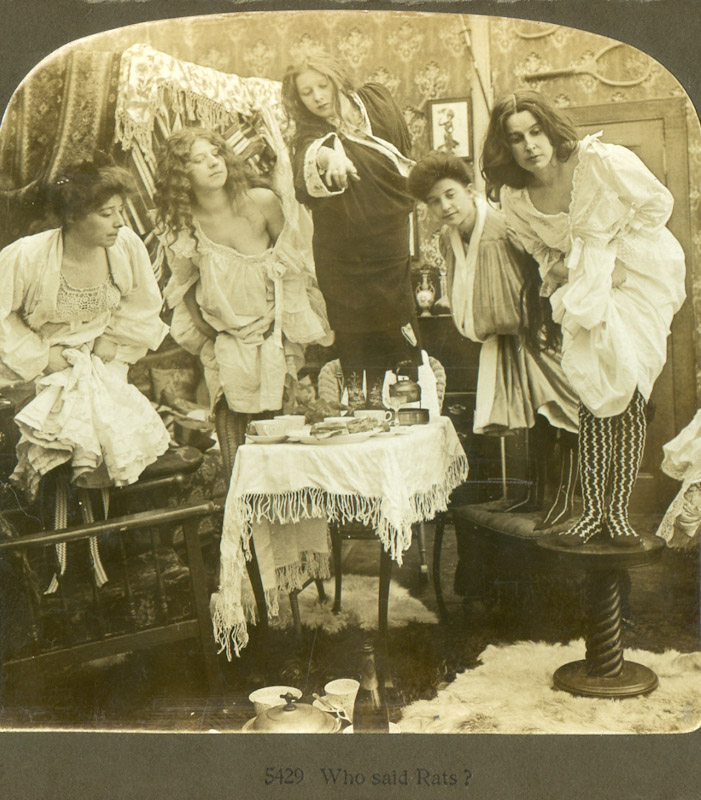 It’s true. I bought a time machine. And I got it on e-bay. But let me begin at the beginning. It all started in my favourite East End flea market. I was browsing the stalls when I spotted some old stereoview photographs. Normally I’d pass them by, but these particular views reminded me strongly of the work of E J Bellocq, one of my favourite photographers. Clearly taken in the early 1900s, they feature slightly risqué images of women dressing or having an impromptu party at their college dorm.

Clothed in night dresses or under garments, they wear the fancy stockings so favoured by Bellocq’s prostitutes, the wall paper is remarkably similar to that featured in some of Bellocq’s images and the college shot features University flags just like the ones that the Bellocq prostitutes keep on their bedroom walls. I’m not suggesting for a moment that Bellocq had anything to do with these images. Far from it. In fact they were likely taken in New York for the H C White Stereoview company.

Having bought the stereoviews, my next stop was e-bay to find a vintage viewer allowing me to see the cards in all their 3D glory. I spotted a viewer that had also been made by the HC White Company and won the item. The morning it arrived I found myself peering through a window straight back to 1902. The stereoview allowed me to not simply look at a view of the past (as any photo can) but actually look into it. The 3D effect prompts you to really look into the depths of the picture, to stare at little details like a vase on a table at the back of the room or a small picture on the wall. For that reason you find yourself staring at the image for several minutes. It’s a fascinating experience.

If you have a relatively new TV you have probably experienced the effect for yourself. But you may not realise that the technology used in the latest generation of 3D TVs is almost identical to that in my 1800s stereoscopic viewer. A 3D TV works by transmitting two slightly different images each in alternate lines on the screen. The glasses you wear mean that your left eye sees the left image and the right eye sees the image broadcast in every other line on the screen intended for the right eye. Simple, effective and still awe inspiring today, 150 years after the first 3D images were brought to market. 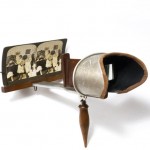 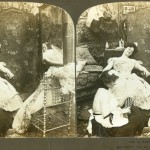 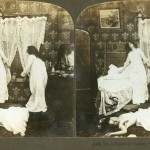 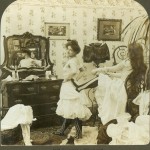 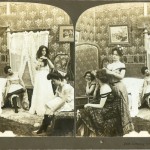 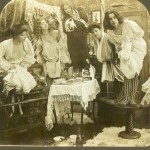 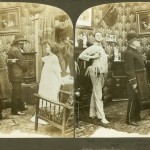 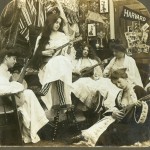 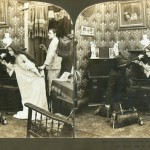 2 Comments for I bought a time machine

great post l’ve been playing with Stereo cameras lately too. just bought a Stereo Realist on ebay l print the negs in the darkroom and view with a Holmes style viewer.

Interesting. Next step for me will be to try making my own too.