In praise of the proper proof 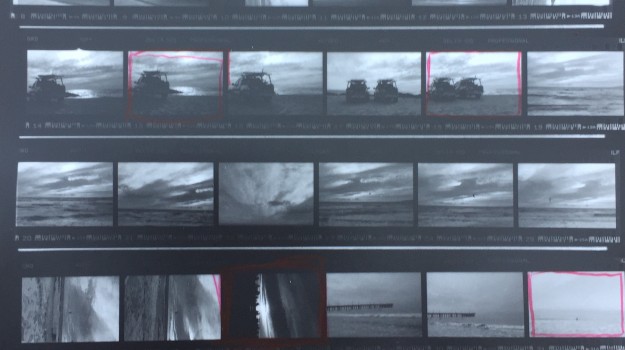 If you’re shooting film and not making proper proof contact sheets, you really should be. I’ve shot film for more than 40 years but I’ve only consistently made proper proofs for the past few. For a good while, I shot and developed my film, then scanned it and used the scans to choose and images to print in the darkroom (with the added bonus that I had the scanned images to use online).

A few years back, a Mac OS update made my Epson Perfection V750 scanner the definition of tedium to use…pausing after every single image it scans so that a roll of film can take half an hour or more to scan. Epson still haven’t fixed the problem and no doubt never will. It was at this time that I started making proper proofs and I’ve never looked back.

A proper proof not only helps you choose which images you want to use, but also tells you how good your negatives are and how easy they will be to print in the darkroom. After a one time test, proper proofs are super quick to make (faster than scanning even with a fully functioning scanner). I can proper proof ten films in about 25 minutes in the darkroom, far quicker than I could scan.

The advantages of a proper proof are:

So how do you make a proper proof? Here’s the technique I use for maximum speed. It works for all formats of film and avoids the need for a specialised contact proof frame. The only downside is that you need a slightly larger piece of photo paper than the 10×8 inch size that ready made contact printing frames use:

I’ve pasted a few examples below. I mark up my chosen images with a paint pen or a chinagraph (wax) pencil. This is what allows you to come straight back to your chosen negative (surprisingly useful if you have a sequence of similar images). You’ll note the film edges are completely black (that’s the mark of a proper proof). If they’re not, you’ve done something wrong! If your images are too dark, you’ve under-exposed. Too light and you’ve over-exposed.

Give it a go….you may find, like me, you never look back. 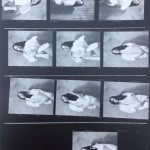 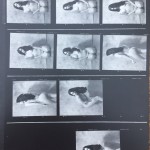 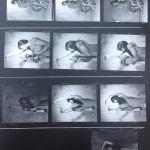 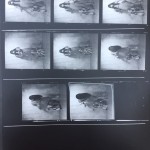 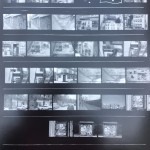 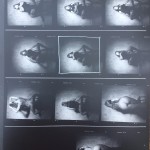 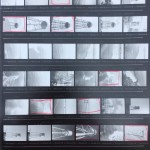 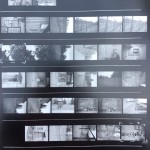 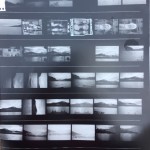 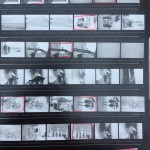 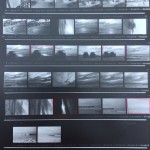 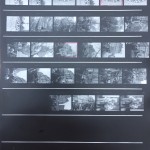