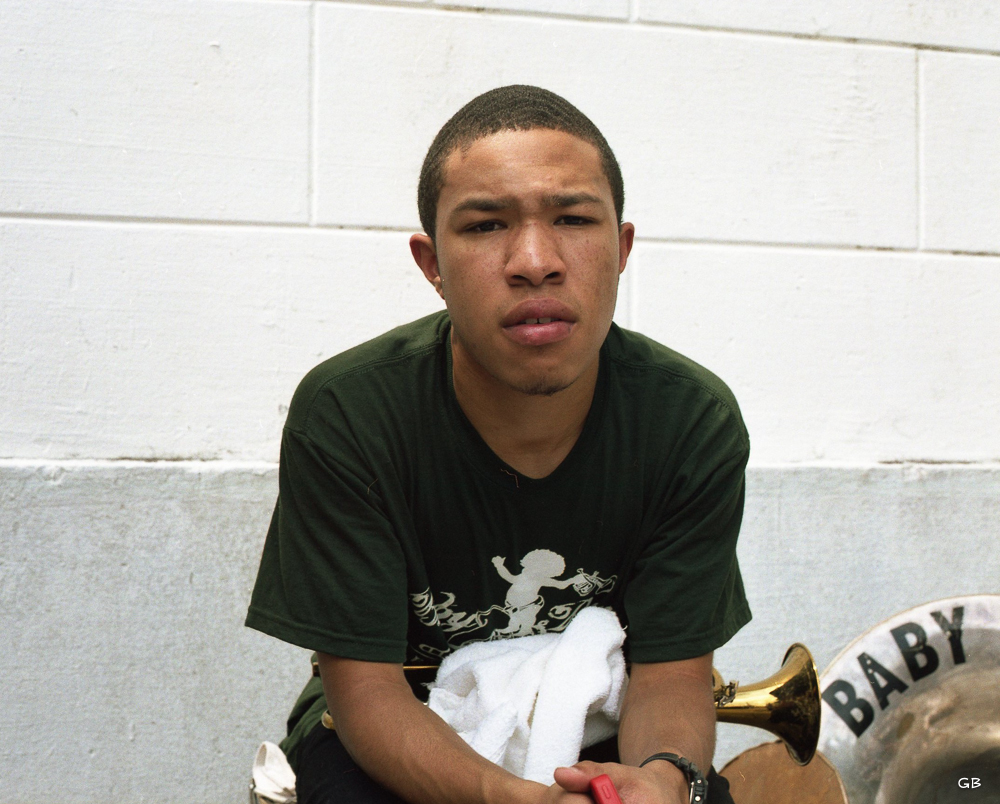 Second post about some portraits I took a few years back in New Orleans. Still building up to the new project I want to get off the ground. Here’s an example of portrait that would of been good, had the composition not been off. I spotted this young man sitting in a quiet area beside a church in Treme. He had taken himself away from the main group, doubtless to collect his thoughts before the parade in which he was playing began. As with the other pictures I’m going to feature it was taken with consent. I think the photo succeeds in capturing some of that pre-parade tension, and I like the fact that the word ‘Baby’  (as in Baby Boys Brass Band) is visible on the bell of a Tuba lying on the floor, but the cropping is horrible. The portrait would have been so much better had the hands been in it. As it stands it is unbalanced and doesn’t draw the eye as it should. I remember why I cropped it in this way. There was a sports bag on the ground that I decided at the time I didn’t want in shot. With hindsight that was a mistake. It would have worked well with the bag and even if it didn’t I could have cropped from the medium format negative after the event…(click to view in isolation).